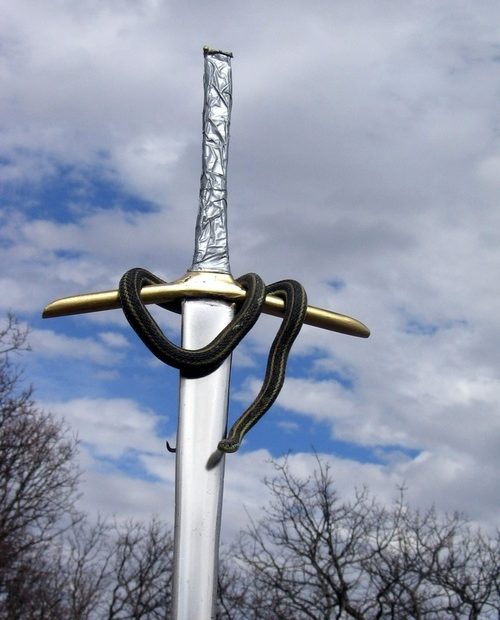 The Witcher is a popular fantasy book series from Poland. Written by Polish writer Andrej Sapkowski, the series of short stories and novels center around a monster hunter named Geralt and the surrounding cast of characters. The books were written with a focus on moral ambiguity, mature fantasy storytelling, and conveying the dark, gritty reality of war and conflict. War and politics are a constant throughout the series displaying the havoc it wreaks on humans and animals alike with the author critiquing it often. The series consists of a colourful cast of characters, rich background lore, and an epic scale of intricate storytelling spanning a vast amount of time, people, and distance. The world contains typical fantasy creatures such as elves, dwarves, dragons, vampires, witches, and a huge variety of monsters.

The series is comprised of a total of eight books, with three of them being a collection of short stories set before the events of the main saga. The main saga consists of five novels and follows up with the story of a character named Ciri introduced in The Last Wish. The five books jump between the perspectives of Geralt and Ciri with their stories colliding every so often. Ciri is the central character of the main saga and it showcases her growth from a young, naive child to a powerful girl who’s a force to be reckoned with. The story often gets very dark in some parts and deals with mature themes throughout hence rendering the series unsuitable to be read by children. The short stories usually tend to be standalone and are very engaging, with some of them quite tragic in nature while others being hilarious or fun to read.

The Witcher series did not garner much popularity outside of Poland until after it was adapted as a video game series by a game development company known as CD Projekt Red. The story of the games follows that of the books, hence it can be thought of as a part-sequel. The games helped the Witcher book series reach worldwide fame and high sales figures in many countries. The Witcher books are very well-written and highly recommended for fans of the fantasy genre.